You are here: Home / Background / Artist Revenue Streams / Paid in Full 01: The Basics I was recently asked to contribute a series of articles on artist revenue streams to Immersive Atlanta. What follows is the first installment of that series. And here is a link to the article as posted on the Immersive Atlanta site.

PAID IN FULL is a new limited weekly series written by Atlanta entertainment lawyer John Seay to help educate local musicians about the music industry. In addition to explaining the terminology that is key to understanding the business, John will take readers step-by-step through the critical process of collecting royalty payments, among other topics.

You recorded an album and released it online. Now you just sit back and wait for the checks to roll in, right? If only it were that easy. Last year, a Berklee College of Music report found that between 20-50% of music payments don’t make it to their rightful owners. That’s no big surprise – after all, each recorded song may generate dozens of separate payments, none of which are programmed to automatically reach your bank account without you having to affiliate or register with some kind of service. Especially if you’re an independent artist without a label or publisher, you need to be proactive to collect the payments to which you’re entitled, and that means you need to know which payments are associated with which uses of your songs, and why. At the conclusion of this series of articles, I’m going to provide a flowchart walking you through how to collect all relevant royalty payments. But let’s start with the basics first and then work our way towards the fun stuff.

Part One: The Basics 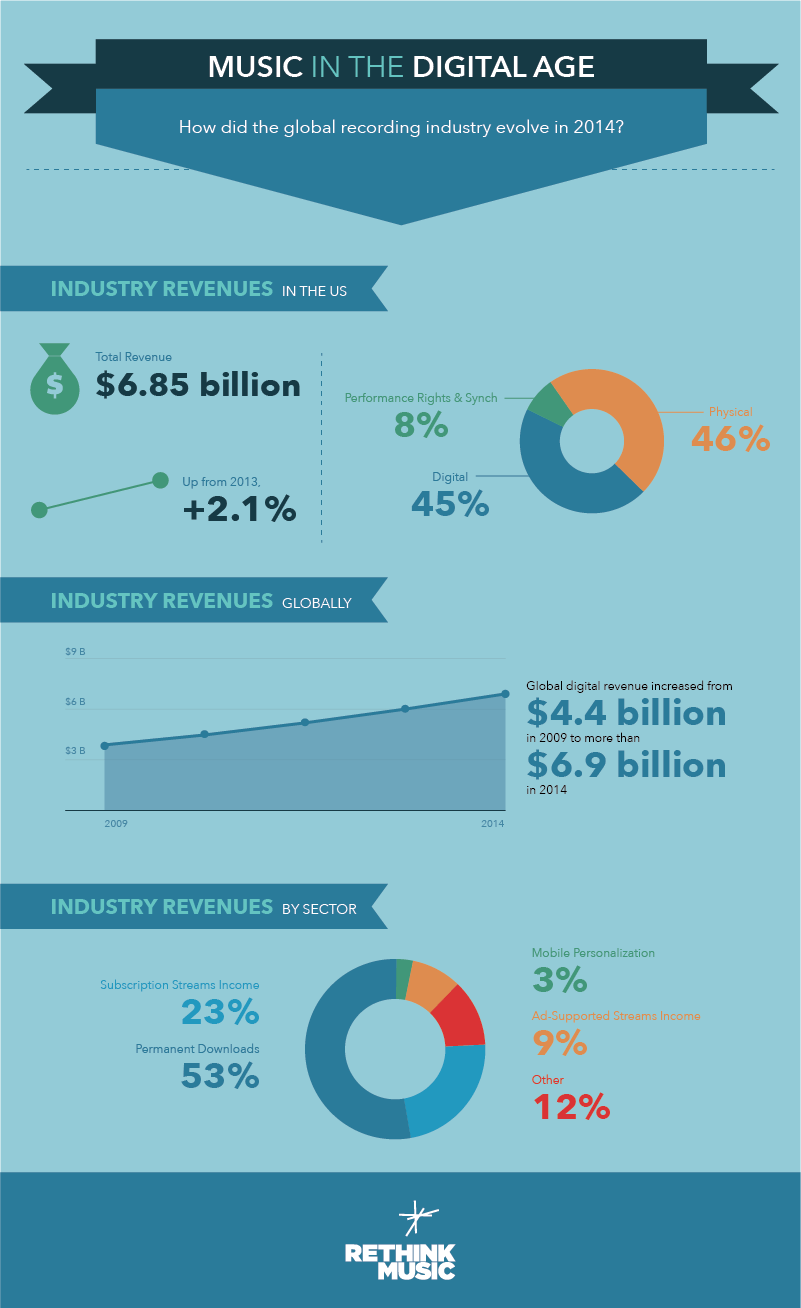 Now let’s throw another wrinkle into the mix. The owner of a copyright of a given work has the exclusive right to do each of the following things, or authorize others to do them on his or her behalf: (1) reproduce the work; (2) prepare derivative works based on the work (e.g., remixes, translations, or anything that incorporates elements of or is based upon the original work); (3) distribute the work; (4) perform the work publicly; (5) display the work publicly; and, in the case of sound recordings only, (6) perform it publicly by means of a digital audio transmission (e.g., via satellite radio, Pandora, etc.). Because each recorded song has two separate and distinct copyrights, and because each of those copyrights is subject to these exclusive rights, and each of those exclusive rights can be, and often are, licensed to different parties, things can get pretty complicated pretty quickly.

Since we know that music payments are paid differently based on whether you are a songwriter or artist (even if you’re both), this will allow us to divide our next sections accordingly. Until then, please don’t hesitate to email me your thoughts or questions.

ABOUT THE AUTHOR
John Seay is the founder and principal of The Seay Firm, an entertainment and intellectual property law firm based in Atlanta at the Goat Farm Arts Center. As an artist himself, John has over a decade of experience as a musician, tour manager, and writer. In addition to his work at The Seay Firm, John is also Of Counsel in the entertainment and media practice group in the Nashville office of Loeb & Loeb, one of the largest and most comprehensive entertainment and media practice groups in the world. Before founding The Seay Firm, John worked for Turner Broadcasting. In 2016, John was recognized as a Georgia Super Lawyers Rising Star in Entertainment & Sports Law, a designation only awarded to 2.5% of attorneys in Georgia. John is on the Board of Directors of #weloveatl and serves as a volunteer attorney at Georgia Lawyers for the Arts. He is a graduate of the University of Georgia School of Law. John works exclusively with artists and arts-related businesses. You can read more about his practice via the links below.